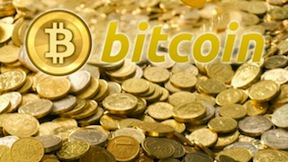 How the Bitcoin protocol actually works (by Michael Nielsen and recommended by Bruce Schneier, 6 Dec 2013) – Many thousands of articles have been written purporting to explain Bitcoin, the online, peer-to-peer currency. Most of those articles give a hand-wavy account of the underlying cryptographic protocol, omitting many details. Even those articles which delve deeper often gloss over crucial points. My aim in this post is to explain the major ideas behind the Bitcoin protocol in a clear, easily comprehensible way. We’ll start from first principles, build up to a broad theoretical understanding of how the protocol works, and then dig down into the nitty-gritty, examining the raw data in a Bitcoin transaction. Understanding the protocol in this detailed way is hard work. It is tempting instead to take Bitcoin as given, and to engage in speculation about how to get rich with Bitcoin, whether Bitcoin is a bubble, whether Bitcoin might one day mean the end of taxation, and so on. That’s fun, but severely limits your understanding. Understanding the details of the Bitcoin protocol opens up otherwise inaccessible vistas.