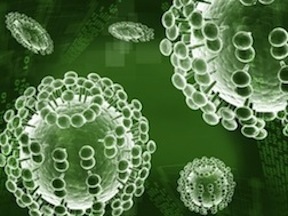 FBI surveillance malware in bomb threat case tests constitutional limits (ArsTechnica, 6 Dec 2013) – The FBI has an elite hacker team that creates customized malware to identify or monitor high-value suspects who are adept at covering their tracks online, according to a published report. The growing sophistication of the spyware—which can report users’ geographic locations and remotely activate a computer’s camera without triggering the light that lets users know it’s recording—is pushing the boundaries of constitutional limits on searches and seizures, The Washington Post reported in an article published Friday. Critics compare it to a physical search that indiscriminately seizes the entire contents of a home, rather than just those items linked to a suspected crime. Former US officials said the FBI uses the technique sparingly, in part to prevent it from being widely known. The 2,000-word article recounts an FBI hunt for “Mo,” a man who made a series of threats by e-mail, video chat, and an Internet voice service to detonate bombs at universities, airports, and hotels across a wide swath of the US last year. After tracing phone numbers and checking IP addresses used to access accounts, investigators were no closer to knowing who the man was or even where in the world he was located. Then, officials tried something new. “The FBI’s elite hacker team designed a piece of malicious software that was to be delivered secretly when Mo signed onto his Yahoo e-mail account, from any computer anywhere in the world, according to the documents,” reporters Craig Timberg and Ellen Nakashima wrote. “The goal of the software was to gather a range of information—Web sites he had visited and indicators of the location of the computer—that would allow investigators to find Mo and tie him to the bomb threats.” “We have transitioned into a world where law enforcement is hacking into people’s computers, and we have never had public debate,” Christopher Soghoian, principal technologist for the American Civil Liberties Union, told The Washington Post, speaking of the case against Mo. “Judges are having to make up these powers as they go along.”