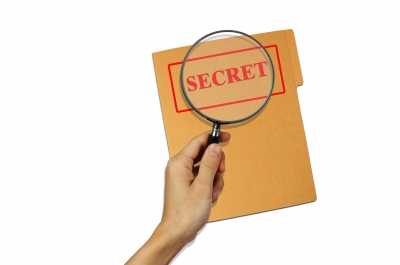 Would a new crime of “willful refusal to comply with a decryption order” be the best answer to the device decryption puzzle? (Orin Kerr, 17 Oct 2014) – FBI Director James Comey spoke Thursday at Brookings about the FBI’s concerns with how encryption can frustrate search warrants in lawful investigations. The scope of Comey’s remarks goes beyond Apple’s new iOS8 operating system design, but much of it focused on the question of device encryption raised by Apple’s new policy. I wanted to focus on one aspect of Comey’s remarks, the question of whether the government can get access to the contents of encrypted devices directly from a suspect in a criminal case. Here’s Comey : “Finally, a reasonable person might also ask, “Can’t you just compel the owner of the phone to produce the password?” Likely, no. And even if we could compel them as a legal matter, if we had a child predator in custody, and he could choose to sit quietly through a 30-day contempt sentence for refusing to comply with a court order to produce his password, or he could risk a 30-year sentence for production and distribution of child pornography, which do you think he would choose?” I think Comey is wrong that the Fifth Amendment is a “likely” barrier in the cell phone context, because in most of the typical cases, when the government knows who is the owner of the phone, the Fifth Amendment shouldn’t be a problem. But let me put that issue aside for now and focus instead on the rest of Comey’s comment, and specifically his concern that the punishment for refusing to comply with a court order to produce a password would be so low that the bad guys will just make a rational decision to take the lesser contempt punishment. * * *