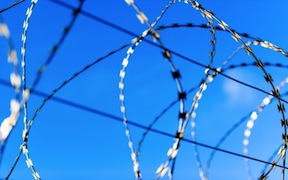 Texas appeals court says police can’t search your phone after you’re jailed (ArsTechnica, 27 Feb 2014) – On Wednesday, the Texas Court of Criminal Appeals ruled that law enforcement officials do need a warrant to search an arrested person’s cell phone after they’ve been jailed. The ruling did not decide whether it is legal or not for police to search a suspect’s phone at the incidence of arrest, which is currently a hotly contested subject. The Supreme Court is set to decide that matter later this year. For now, however, seven Texas appeals court judgeshave ruled that a person has a legitimate expectation of privacy over the contents of their cell phone while the phone is being stored in the jail property room. An eighth judge wrote a dissenting opinion. The case, Texas v. Granville , involved Anthony Granville, a student who was arrested for causing a disturbance on a school bus. After Granville was arrested, his cell phone was placed in the booking room. Later, a “School Resources Officer” was told that Granville had taken a photo of another student urinating in the boys’ bathroom prior to his arrest. The officer, who had not been involved in the arrest of Granville, went down to the booking room, obtained Granville’s phone, turned it on, found the photo, and printed out a copy of it. The officer then kept the phone as evidence and charged Granville with Improper Photography, a state felony. Granville’s lawyers moved to suppressthe evidence against him, but the prosecution maintained that an officer can search anything in the jail’s booking room if there is probable cause. The trial judge disagreed, and the state appealed. But Texas authorities did not find much more support in the Court of Appeals either. Although the ruling does not prohibit all warrantless searches of cell phones, the ruling is still very important, perhaps for less obvious reasons. “[T]he court recognizes that just because you’ve surrendered something to someone else (especially when that surrender is involuntary), that you can still maintain an expectation of privacy in the data and the item,” wrote Hanni Fakhoury, an attorney for the Electronic Frontier Foundation. “That has implications beyond this case and really is the heart of the issue in the NSA litigation (which the court itself acknowledges toward the end of the opinion, even citing from Klayman v. Obama) as well as other issues surrounding law enforcement use of new technologies like cell site data.”