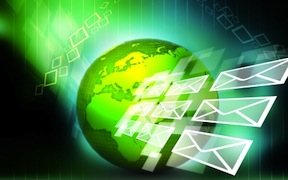 4 accused in law firm fraud ignored a maxim: don’t email (NYT, 6 March 2014) – Several former leaders of the once-high-flying law firm Dewey & LeBoeuf apparently violated a cardinal rule that lawyers always tell their clients: Don’t put anything incriminating into an email. Four men, who were charged by New York prosecutors on Thursday with orchestrating a nearly four-year scheme to manipulate the firm’s books to keep it afloat during the financial crisis, talked openly in emails about “fake income,” “accounting tricks” and their ability to fool the firm’s “clueless auditor,” the prosecutors said. One of the men even used the phrase “cooking the books” to describe what they were doing to mislead the firm’s lenders and creditors in setting the stage for a $150 million debt offering that was supposed to solve the firm’s financial woes, according to the messages.