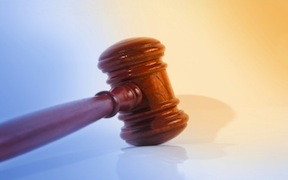 Protester’s hidden camera captures Supreme Court for first time (Mashable, 27 Feb 2014) – In an unprecedented act, a protester appears to have smuggled a video camera into the U.S. Supreme Court, captured footage of proceedings and posted it to YouTube. The two-minute video ends with a plug for the website of a campaign finance reform activist group called 99Rise. The video’s climactic moment shows a man rising and shouting at the court before being grabbed by guards. * * * The hidden camera video seems to show two separate hearings. First, it shows oral arguments in the McCutcheon case from last October. Then, it shows a Wednesday hearing in patent case unrelated to campaign finance, during which Newkirk stages his protest. Spectators are required to check all electronic devices at the door before entering the Supreme Court. It’s unclear how the person who filmed the hearings was able to smuggle his camera into the court.