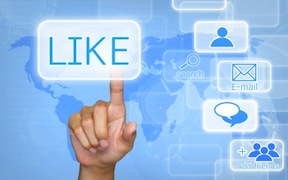 Tweets, likes and follows: social media and the fair disclosure (Corporate Counsel, 10 Jan 2014) – Is tweeting considered Fair Disclosure? Have social rules changed the rules? The SEC says yes, but the landscape is new and the dust is still settling. Be careful. In April 2013, the Securities and Exchange Commission (SEC) cleared public companies to use social media outlets such as Twitter® and Facebook® to announce key information in compliance with Regulation Fair Disclosure (Regulation FD), “so long as investors have been alerted about which social media will be used to disseminate such information.” However, the SEC’s guidance was general, leaving room for error. Some executives may be rightfully worried about those in their organizations with “itchy Twitter fingers,” while balancing a desire to communicate with shareholders and potential investors who are eager for information. Indeed, social media are essential channels in today’s world, and there is good reason to act prudently when using them to announce financial and other key information to investors. Some law firms, such as Philadelphia-based Pepper Hamilton LLP, recommend some best practices. A commentary posted on the firm’s corporate website shortly after the SEC guidance was released includes several key “Pepper Points” that are particularly instructive. For example * * *