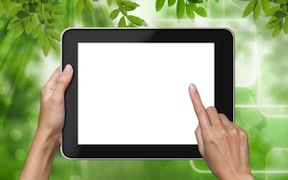 Writing briefs when judges read on iPads (Volokh Conspiracy, 17 Jan 2014) – I just read a very interesting article, Daniel Sockwell, Writing a Brief for the iPad Judge . The basic problem: [M]ore and more judges are reading briefs primarily on iPads or other tablets…. The Fifth Circuit judiciary reads the majority of their briefs on iPads, and, from conversations with numerous judges and clerks, the other Circuits are not far behind (though I was told that the Third Circuit is “not as iPad heavy as some circuits”). The best way to know how a particular judge typically reads briefs is to ask – the clerks will likely be happy to help. Why do iPads even matter? … Lawyers who care about communicating forcefully and clearly should seek to perfect style and typography in addition to substance. The rules of typography are simply different for a screen than for print… And here are the author’s suggestions (reprinted with his permission, some paragraph breaks added): A brief written to be read on an iPad should differ from one written for text in three main ways: it should use fewer footnotes, should use a different font, and should avoid confusing hierarchical organization. Lawyers who expect a brief to be read on an iPad should try to avoid footnotes. One of the advantages of reading on an iPad is that judges can adjust the screen view, zooming in and focusing on the current passage. However, this advantage is lost if footnotes require the reader to constantly scroll to the bottom of the page for citations or substantive material. Worse, the extra scrolling raises the risk that the footnotes won’t be read at all, already a concern with substantive footnotes. Next, lawyers should carefully consider what font to use in a brief that may be read on an iPad. Fonts designed for screen reading are significantly different from those designed to be printed. Most importantly, quality printers print at a much higher resolution-even the retina iPad display has only 264 pixels per inch, less than half the dots per inch of a quality laser printer. As a result, some of the best print fonts can become jagged or difficult to read at screen resolutions, especially when readers zoom in. * * *