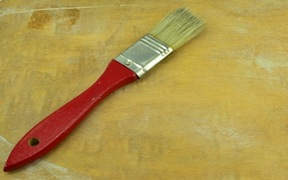 Copyright Office calls for congress to reconsider royalties for artists (NYT, 16 Dec 2013) – The last time the United States Copyright Office examined the issue of whether visual artists should receive a share of the profits when their work is resold, in 1992, it concluded that resale royalties – known internationally by the French term droit de suite – were not a good idea. Now, after a recent re-examination of the issue, the Copyright Office has reversed itself. In a report issued Friday, it recommended that painters, illustrators, sculptors, photographers and the like deserve a royalty when their work is resold at a profit. Acknowledging that the current system leaves visual artists at a practical disadvantage relative to other creators such as writers or composers, the office urged Congress to “consider ways to rectify the problem” and give artists a financial interest in the future sale of their work. The office noted that in the past two decades, resale royalties have become more common around the globe, with more than 70 countries adopting some version of the droit de suite rule. A bill to institute a resale royalty was introduced in 2011 by New York Representative Jerrold Nadler, but it failed to gain support. Mr. Nadler is supporting a revised version of his bill, named the Equity for Visual Artists Act. The only state to have a resale royalty law was California, but in 2012, a federal judge struck down the law as unconstitutional.