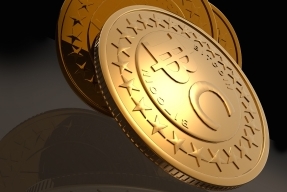 Is Bitcoin money? (Anita Ramasastry, 9 Sept 2014) – Bitcoin confounds lawmakers as they try to figure out what it is and how it should be regulated. The Bitcoin Foundation notes that Bitcoin is an innovative payment network and a new kind of money. But is it money? Some call it a new form of virtual currency. Others have lauded it as a new type of payment system. So what is it? And why does it matter? What we call it may not matter much in casual conversation, but how it is categorized does have significant implications when it comes to regulation. If it is “money” or “currency,” then existing laws and regulations may apply to businesses and consumers who issue, sell, or transact with Bitcoin. From banking laws to anti-money-laundering laws and tax regulations-whether these laws apply to the use of Bitcoin depends on how Bitcoin is classified. At present there is no consensus as to what we should call Bitcoin or how it should be defined for purposes of applying legal rules. As I will discuss in this column, courts and regulators are coming up with different theories and classifications as a way of figuring out whether this new product/payment vehicle is or is not covered by different laws. As I will also discuss, it appears that lawmakers, at times, restrict the term “money” or “currency” to refer only to government-issued money or legal tender. This conflicts with basic definitions of money, found in both economics texts and in dictionaries. If certain laws are meant only to deal with government-issued currencies, then perhaps we should revise statutory definitions to make such distinctions clearer. In the meantime, we will need to sit back and watch regulators around the globe grapple with whether or not Bitcoin is “money.”