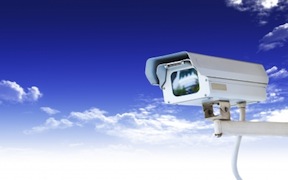 Public officials in a wired world: How much privacy should they get? (LA Times editorial, 15 April 2014) – New technology often challenges society’s long-standing assumptions and standards, but sometimes courts – and others – lose sight of common sense as they grapple with the changes. That’s the case in a recent decision of California’s 6th Appellate District, which found that text messages and emails between public officials are beyond the reach of the Public Records Act if they are sent on private devices rather than ones owned by public agencies. The three-judge panel said that electronic communications between council members and the mayor of San Jose, even those regarding city business, should not be considered “public” records if they are not “used” or “retained” by the city government (the language cited comes from California’s Public Records Act, written long before smartphones existed). Accordingly, the 6th Circuit overturned the decision of the trial court judge and ruled that the city need not turn over the communications to interested members of the public, even though both sides conceded that they involved official business. That decision hews to the narrow language of the act, but it distorts the act’s larger purpose, which is to ensure that the public can scrutinize the actions of its employees when they are doing public work.