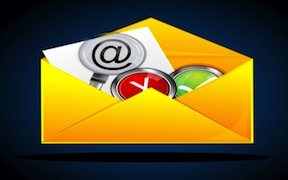 Botched e-discovery can be an ethics violation, proposed opinion says (ABA Journal, 14 April 2014) – A proposed ethics opinion says California’s duty of competence requires lawyers to have a basic understanding of e-discovery issues and could require greater technical knowledge in certain cases. The proposed opinion (PDF) by the California State Bar’s Standing Committee on Professional Responsibility and Conduct says lawyers without the necessary competence have three options. They can acquire sufficient skill, they can seek out technical consultants or competent counsel, or they can decline the representation. The committee is accepting comments on the proposed opinion through June 24. The proposed ethics opinion is based on a hypothetical situation in which a lawyer agrees to opposing counsel’s search terms for a search of his client’s database. The lawyer instructs his client to allow the opposing counsel’s database search, wrongly assuming a clawback agreement would allow for recovery of anything inadvertently produced. After the search results are turned over to the opposing counsel without the lawyer’s review, the lawyer learns the search produced privileged information and showed that his client had deleted some potentially relevant documents as part of a regular document retention policy. The lawyer in the hypothetical not only breached his duty of competence, he also breached a duty to maintain client confidences and to protect privileged information, the proposed opinion says. In addition, the proposed opinion says, the lawyer should have assisted the client in placing a litigation hold on potentially relevant documents as part of the ethical duty not to suppress evidence.