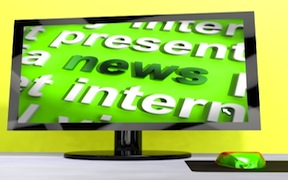 Ninth Circuit allows CNN motion to dismiss captioning complaint (Broadcasting & Cable, 7 Feb 2014) – A California court has backed a CNN argument that it did not have to closed-caption online clips. A three-judge panel of the U.S. Court of Appeals for the Ninth Circuit earlier this week vacated a district court’s order denying CNN’s motion to dismiss a lawsuit by the Greater Los Angeles Agency on Deafness (GLAAD) that sought to force CNN to caption video clips on its Web site, arguing that not to do so violated the state’s Disabled Persons Act (DPA). The Court found that the claim of equal access under DPA was trumped by a California statute providing for “for the early dismissal of meritless lawsuits arising from a defendant’s conduct in furtherance of its free speech rights.” It said the California legislature had made it clear that statute was to be read broadly. The court also found that GLAAD was unlikely to win under invocation of California’s Unruh Civil Rights Act because it had not shown an intent to discriminate by CNN based on disability. But the court breathed some life into the GLAAD argument by leaving open the question of whether DPA applied in the case of accessibility via Web captions. CNN said DPA did not apply to virtual locations like the Internet. The Ninth Circuit panel reserved judgment and asked the Supreme Court to weigh in on that question, saying “The final question, whether the DPA applies to websites, is an important question of California law and raises an issue of significant public concern.”