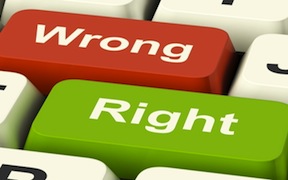 Nature publishing group requires faculty authors to waive ‘moral rights’ (Chronicle of Higher Ed, 31 March 2014) – Faculty authors who contract to write for the publisher of Nature, Scientific American, and many other journals should know that they could be signing away more than just the economic rights to their work, according to the director of the Office of Copyright and Scholarly Communication at Duke University. Kevin Smith, the Duke official, said he stumbled across a clause in the Nature Publishing Group’s license agreement last week that states that authors waive or agree not to assert “any and all moral rights they may now or in the future hold” related to their work. In the context of scholarly publishing, “moral rights” include the right of the author always to have his or her name associated with the work and the right to have the integrity of the work protected such that it is not changed in a way that could result in reputational harm. “In many countries, you can’t waive them as an author,” Mr. Smith said. “But in the Nature publishing agreement you are required to waive them, and if you are in a country where a waiver is not allowed, you have to assert in the contract you won’t insist on those rights.” Mr. Smith first questioned the details of the Nature Publishing Group’s license agreement on his blog on Thursday. Calling the moral-rights stipulation “bizarre” and an attack “on core academic values,” he wrote that in some countries authors are forbidden to waive those rights. “The United States is something of an outlier in that we do not have a formal recognition of moral rights in our copyright law, although we always assert that these values are protected by other laws,” he wrote. His comments were part of a longer post noting that the powerful scholarly publisher has apparently begun enforcing at Duke a requirement that authors at institutions with open-access policies secure waivers exempting their work from those policies.