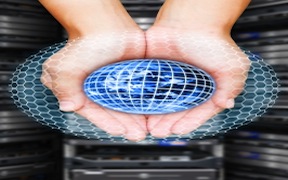 Law firms are pressed on security for data (NYT, 26 March 2014) – A growing number of big corporate clients are demanding that their law firms take more steps to guard against online intrusions that could compromise sensitive information as global concerns about hacker threats mount. Wall Street banks are pressing outside law firms to demonstrate that their computer systems are employing top-tier technologies to detect and deter attacks from hackers bent on getting their hands on corporate secrets either for their own use or sale to others, said people briefed on the matter who spoke on the condition of anonymity. Some financial institutions are asking law firms to fill out lengthy 60-page questionnaires detailing their cybersecurity measures, while others are doing on-site inspections. In some cases, banks and companies are threatening to withhold legal work from law firms that balk at the increased scrutiny or requesting that firms add insurance coverage for data breaches to their malpractice policies. The vulnerability of American law firms to online attacks is a particular concern to law enforcement agencies because the firms are a rich repository of corporate secrets, business strategies and intellectual property. One concern is the potential for hackers to access information about potential corporate deals before they get announced. Law enforcement has long worried that law firms are not doing enough to guard against intrusions by hackers. Despite the concern, it’s hard to gauge just how vulnerable law firms are to attacks from hackers. There are few rules requiring firms to make public any breaches, and because the firms have little direct interaction with consumers, there is no need for them to publicly report a hacking incident the way a bank or a retailer would. In 2012, Mandiant, a security consulting firm, put out a report estimating that 80 percent of the 100 largest American law firms had some malicious computer breach in 2011. Actual reports of confidential information hacked from a law firm computer system and later winding up on some overseas server are rare, however. Representatives for several large law firms, all of whom declined to discuss the topic publicly, said privately that the threat assessments from the F.B.I. and consulting firms were overstated. The law firm representatives said hacker attacks were usually email “phishing” schemes seeking to access personal information or account passwords, the kind of intrusions that have become commonplace and are easily contained. But Vincent I. Polley, a lawyer and co-author of recent book for the American Bar Association on cybersecurity, said many law firms were not even aware they had been hacked. He said a lot of law firm managers were in denial about the potential threat. “A lot of firms have been hacked, and like most entities that are hacked, they don’t know that for some period of time,” said Mr. Polley. “Sometimes, it may not be discovered for a minute or months and even years.” [ Polley : The referenced book is “The ABA Cybersecurity Handbook: A Resource for Attorneys, Law Firms and Business Professionals”, available here .]