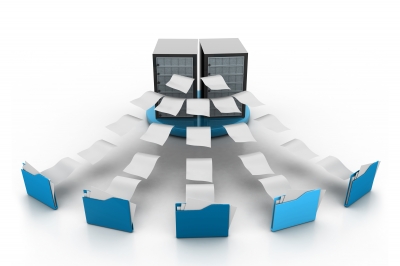 N.Y. court authorizes service of legal documents via Facebook, when the physical address of the recipient is unknown (Eugene Volokh, 19 Sept 2014) – From Noel B. v. Anna Maria A. (N.Y. Fam. Ct. Sept. 12, 2014): The instant decision is with respect to this court’s determination as to substituted service, specifically service by via the Facebook social networking service. The Petitioner filed the instant action seeking to modify the order of child support based on the alleged emancipation of the sole subject child. The Petitioner appeared today and stated the he was unable to effect service upon the Respondent. He presented an affidavit dated July 6, 2014, in which the affiant noted that the Respondent was unknown to the occupant of the Respondent’s last known address, who is described as a tenant of one month. The Petitioner then described under oath the other efforts he made to try and locate the Respondent to effectuate service. * * * While this court is not aware of any published decision wherein a New York state court has authorized service of process by means of social media, other jurisdictions have allowed such service. See Whoshere, Inc. v. Orun , 2014 WL 670817 (E.D. Va.), Federal Trade Commission v. PCCare247 Inc. , 2013 WL 841037 (S.D.N.Y.). The court notes that in both those matters service via Facebook was directed to be made in connection with other means of service. Pursuant to CPLR § 308(5) the court authorizes substituted service by the following method: the Petitioner is to send a digital copy of the summons and petition to the Respondent via the Facebook account, and follow up with a mailing of those same documents to the previously used last known address. The Respondent can receive communications via social media, whereas her actual physical whereabouts are uncertain. The method detailed here by the court provides the best chance of the Respondent getting actual notice of these proceedings.