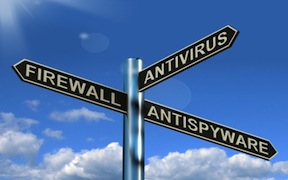 Active malware operation let attackers sabotage US energy industry (ArsTechnica, 30 June 2014) – Researchers have uncovered a malware campaign that gave attackers the ability to sabotage the operations of energy grid owners, electricity generation firms, petroleum pipelines, and industrial equipment providers. Called Dragonfly, the hacking group managed to install one of two remote access trojans (RATs) on computers belonging to energy companies located in the US and at least six European countries, according to a research report published Monday by Symantec. One of the RATs, called Havex , was spread by hacking the websites of companies selling software used in industrial control systems (ICS) and waiting for companies in the energy and manufacturing industries to install booby-trapped versions of the legitimate apps. “This campaign follows in the footsteps of Stuxnet, which was the first known major malware campaign to target ICS systems,” the Symantec report stated. “While Stuxnet was narrowly targeted at the Iranian nuclear program and had sabotage as its primary goal, Dragonfly appears to have a much broader focus with espionage and persistent access as its current objective with sabotage as an optional capability if required.” Dubbed Energetic Bear by other researchers, Dragonfly has been in operation since at least 2011. It initially targeted US and Canadian companies in the defense and aviation industries before shifting its focus to energy concerns. The group bears the hallmarks of a state-sponsored operation, mainly in its organization and high degree of technical sophistication. Its primary motive appears to be espionage, although additional capabilities suggest that sabotage is also of interest. Fingerprints left inside the malware show the attackers mostly worked Monday through Friday during a nine-hour period that corresponded to 9am to 6pm in Eastern Europe, leading Symantec researchers to theorize that was the region where the most Dragonfly members worked.