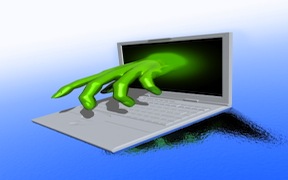 Austrian TOR exit node operator found guilty as an accomplice because someone used his node to commit a crime (TechDirt, 2 July 2014) – Three years ago we wrote about how Austrian police had seized computers from someone running a Tor exit node. This kind of thing happens from time to time, but it appears that folks in Austria have taken it up a notch by… effectively now making it illegal to run a Tor exit node . * * * It’s pretty standard to name criminal accomplices liable for “aiding and abetting” the activities of others, but it’s amassive and incredibly dangerous stretch to argue that merely running a Tor exit node makes you an accomplice that “contributes to the completion” of a crime. Under this sort of thinking, Volkswagen would be liable if someone drove a VW as the getaway car in a bank robbery. It’s a very, very broad interpretation of accomplice liability, in a situation where it clearly does not make sense. Tragically, this comes out the same day that the EFF is promoting why everyone should use Tor . While it accurately notes that no one in the US has been prosecuted for running Tor, it may want to make a note about Austria. Hopefully there is some way to fight back on this ruling and take it to a higher court—and hopefully whoever reviews it will be better informed about how Tor works and what it means to run an exit node.