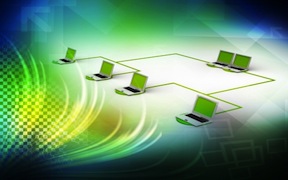 Voxgov aggregates and analyzes government news and media (Robert Ambrogi, 27 Dec 2013) – Keeping track of an issue within the U.S. government can be daunting. The government is gargantuan, with thousands of entities publishing a constant flow of news and information across many thousands of websites and social media platforms. Say you have a client who has an interest in food labeling law. To track everything concerning food labeling that the government is putting out through press releases and policy statements and speeches and through Twitter and Facebook and YouTube would be a full-time job, if even that would get it done. A new web platform developed by a lawyer, Voxgov , aims to make it easy for users to track and analyze this constant flow of U.S. government news and media. It describes its mission as becoming “the established site of record for unedited media, news and information from all official government sources.” What that means is that it aggregates in real time all the information flowing out of the federal government and delivers it to you in a single platform. If the Federal Trade Commission posts a press release, it shows up in Voxgov within three minutes, they say. Voxgov came out in beta six months ago. It will formally launch out of beta on Jan. 6. And while it currently collects only federal government information, it plans to add all 50 states by the end of March.