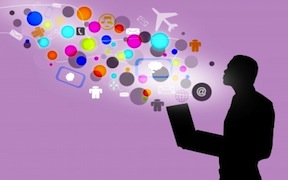 Law school’s online-hybrid degree program gets first-ever approval from ABA (ABA Journal, 19 Dec 2013) – In September, the American Bar Association Task Force on the Future of Legal Education called on law schools (PDF) to innovate and embrace technology as a means for educating future attorneys. William Mitchell College of Law in St. Paul, Minn., has answered the call. The ABA Council of the Section of Legal Education and Admissions to the Bar has approved the school’s plan to offer a hybrid curriculum, scheduled to begin in 2015, that includes both online and in-person classes. School officials met with the council two weeks ago to request a variance from ABA accreditation standards (PDF) which state that no more than one-third of an accredited law school’s curriculum can take place outside of the traditional classroom setting. The council announced yesterday(PDF) that it had granted the variance to William Mitchell’s proposed program, which provides for a 50-50 split between online and in-person class work. The program, which has a four-year duration, will be offered alongside the traditional full-time and part-time J.D. programs. In addition to web-based lectures, discussion boards and chat rooms for students and faculty, the program will emphasize skills training over lectures. Classroom sessions will include simulations as to what law students can expect when they’re practicing attorneys. The program will also include externships. Under the terms of the ABA’s variance, the school will be allowed to admit four entering classes of students under this program, and must limit individual class sizes to 96 students. The school must also provide detailed reports to the council, providing information such as applications and admissions, attrition, course evaluations and skills training. Barry Currier, the ABA’s managing director of accreditation and legal education, says they considered several factors before granting the variance, including the school’s 113-year history and experience with part-time law students. Currier said that the school’s application for a variance was highly detailed and very well-thought-out, and it was clear to him that the school was extremely dedicated to making the program work.