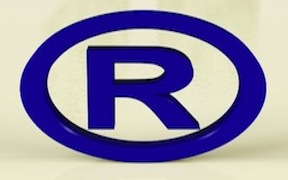 A simpler [university] IP process (InsideHigherEd, 25 Feb 2014) – In an attempt to make it easier for researchers to commercialize their work, officials at Cornell University’s New York City campus are reconsidering how they make money off intellectual property. Instead of going through a laborious revenue-sharing negotiation with researchers who believe they have a valuable idea, an institute at Cornell Tech is going to let a set of postdocs keep exclusive license to their IP and take a fixed dollar amount of equity if the researchers create a spinoff company. Officials believe this simple deal will cut through red tape that discourages both inventors and investors from working with academic software developers. The institution’s experiment comes at a time of much debate about how universities take new technologies from collegiate laboratories to the commercial marketplace. The Joan and Irwin Jacobs Technion-Cornell Innovation Institute—a joint nonprofit created by Cornell and Technion, an Israeli-based technology institute, and temporarily housed in Google’s Manhattan office—is modeling its role after that of angel investors, which typically invest up to $200,000 in companies just getting off the ground. The institute is considering postdocs’ salary and time on campus as an angel investment worth $150,000. If the postdoc decides to create a spinoff, that $150,000 would be converted to equity in the resulting startup company—roughly 5 percent for a startup that got a few million dollars in initial funding. But unlike other universities that ask for equity, the institute’s stake would automatically shrink as new investors put in money, said the institute’s director, Adam Shwartz.