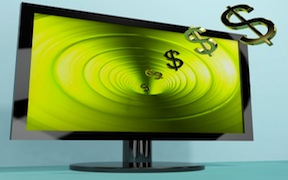 FCC decides that it will no longer enforce the Zapple doctrine – killing the last remnant of the Fairness Doctrine (Broadcast Law Blog, 8 May 2014) – The Zapple Doctrine was an outgrowth of the FCC’s Fairness Doctrine. The Zapple Doctrine required that broadcast stations that give air time to the supporters of one candidate in an election give time to the supporters of competing candidates as well. Even though the Fairness Doctrine has been defunct for years, having had various manifestations of the Doctrine declared unconstitutional either by the Courts or the FCC, Zapple apparently lived on, or at least a death certificate had never been issued (see, for instance, our articles mentioning the continued life support of the Doctrine, here and here ). Thus stations had to be concerned about giving air time to supporters of political candidates for fear of having to provide a similar amount of time to those supporting competing candidates. Apparently, that uncertainty has now been resolved, as in two just released cases, the FCC”s Media Bureau has declared that Zapple, like the rest of the Fairness Doctrine, is dead. The cases just decided (available here and here ) both involved the recall election of Wisconsin Governor Scott Walker, where complaints were filed against the renewals of two radio stations, complaining that those stations did not provide equal opportunities to supporters of Walker’s recall opponent even though station hosts provided on-air support for Walker. The FCC rejected those complaints, declaring: Given the fact that the Zapple Doctrine was based on an interpretation of the fairness doctrine, which has no current legal effect, we conclude that the Zapple Doctrine similarly has no current legal effect.