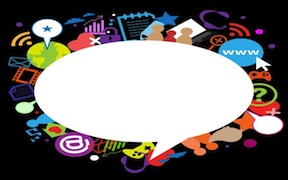 Legal Loop: ABA on lawyers mining social media for evidence (NY Daily Record, 4 May 2014) – Social media has been around for more than a decade now and its impact on our society is indisputable. But it’s only been in recent years that lawyers have begun to fully realize what a treasure trove of useful information can be obtained from social media throughout the litigation process. Of course, mining social media for evidence has both drawbacks and benefits. Lawyers who seek to use social media evidence to obtain evidence for their cases must tread carefully and ensure that they fully comply with their ethical obligations when doing so. Fortunately, there is a good amount of guidance available since a number of jurisdictions have addressed the ethics of mining social media for evidence. For the most part, the ethics boards have concluded that lawyers may not engage in deception when attempting to obtain information on social media, regardless of whether the party from whom information is sought is represented by counsel. See, for example: Oregon State bar Ethics Committee Op. 2013-189 (lawyer may access an unrepresented individual’s publicly available social media information but “friending” known represented party impermissible absent express permission from party’s counsel); New York State Bar Opinion No. 843 [9/10/10] (attorney or agent can look at a party’s protected profile as long as no deception was used to gain access to it); New York City Bar Association Formal Opinion 2010-2 (attorney or agent can ethically “friend” unrepresented party without disclosing true purpose, but even so it is better not to engage in “trickery” and instead be truthful or use formal discovery); Philadelphia Bar Association Opinion 2009-02 (attorney or agent cannot “friend” unrepresented party absent disclosure that it relates to pending lawsuit); San Diego County Bar Association Opinion 2011-2 (attorney or agent can never “friend” represented party even if the reason for doing so is disclosed); and New York County Lawyers Association Formal Opinion No. 743 (attorney or agent can monitor jurors’ use of social media, but only if there are no passive notifications of the monitoring. The attorney must tell court if s/he discovers improprieties and can’t use the discovery of improprieties to gain a tactical advantage). The American Bar Association’s Standing Committee on Ethics and Responsibility weighed in just last month. In Opinion 466, the committee considered “whether a lawyer who represents a client in a matter that will be tried to a jury may review the jurors’ or potential jurors’ presence on the Internet leading up to and during trial, and, if so, what ethical obligations the lawyer might have regarding information discovered during the review.”