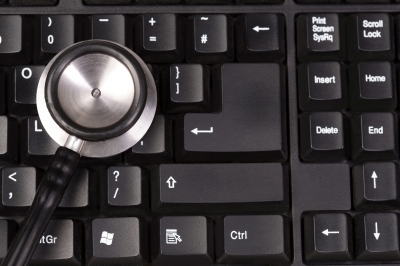 Hackers often carry out massive cyberattacks to gain access to financial data through banks and retail companies , but this week’s cybercrime hit a seemingly new target: medical data, taken from the health insurance company Premera Blue Cross. The attack affected 11 million patients, making it the largest cyberattack involving medical information to date . The healthcare industry has been catching hackers’ attention lately. In February, the health insurance company Anthem reported a breach in which hackers accessed to about 80 million records , and in 2014, the Tennessee-based hospital operator Community Health Systems saw 4.5 million records accessed, though both companies said no medical data was exposed. Even so, as Pat Calhoun, the senior vice president of network security at Intel Security, puts it, the healthcare industry is just beginning to find itself in cyber-criminals’ crosshairs, making it slow to shield people’s records. Calhoun points out that healthcare breaches aren’t unheard of: In fact, according to Intel Security and the Atlantic Council’s latest report on cyber risks , about 44 percent of all registered data breaches in 2013 targeted medical companies, with the number of breaches increasing 60 percent between 2013 and 2014. Medical data is also becoming a highly lucrative target. “Financial data has always been a priority, because it’s low-hanging fruit,” Calhoun says. “But over the past couple of years, we’ve identified that medical information has a higher value on the black market than credit card information.”

Medical data has become the next cybersecurity target (NextGov, 20 March 2015)