How to combat online shaming 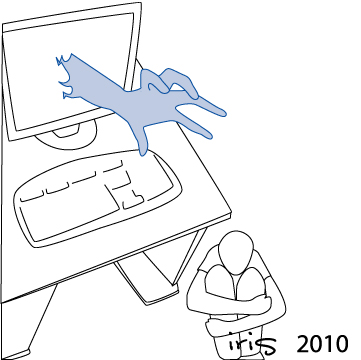 How to combat online shaming

One story that captured the attention of the world was that of Tyler Clementi. On Sept. 22, 2010 Tyler went to the George Washington Bridge connecting New York City and New Jersey, and updated his Facebook status: “Jumping off the gw bridge sorry.” The day before, Tyler’s roommate had posted a video of Tyler being intimate with another man without Tyler’s knowledge. The public humiliation was too unbearable for Tyler and he made the decision to end his life.

Tyler’s family took steps to help ensure that online shaming like what happened to Tyler would be addressed. “When we started the foundation, one of the reasons was because we had media attention,” says Jane Clementi.”So many people saw what was going on and no one spoke up,” she says. “No one reached out to Tyler.”

Removing nonconsensual porn has gotten somewhat easier in the last year thanks to Internet and social media companies like Google, Twitter and Facebook adopting streamlined request processes. (In contrast, though, content that merely bullies breaks no laws; the threshold to successfully report and remove such comments is much higher.) In the past, the online shaming was confined to certain forums and message boards. But the rise of social media over the last decade has amplified the effects. Social media “can be easily exploited for shaming,” said Gabriella Coleman, a professor at New York University who studies media and culture. “It’s a good platform.”

In 2009, Brett Ligon, the newly elected district attorney in Montgomery County, Tex., decided to post on Twitter the names of drivers arrested on charges of drunken driving. He wanted to send a message that drunken driving would not be tolerated while he was district attorney. But not everyone was pleased. A handful of people who were named on Twitter complained to The Houston Chronicle after they found out their drunken driving arrests had been widely broadcasted. “I haven’t been proven guilty,” Linda Owens told the newspaper in January. “What happened to our rights?”

The most important thing that any of us can do is be an “upstander“. Speak up when you see someone being harrassed. Stop the spread of malicious materials online. Don’t forget to comfort the victim and make sure that they know they are supported. 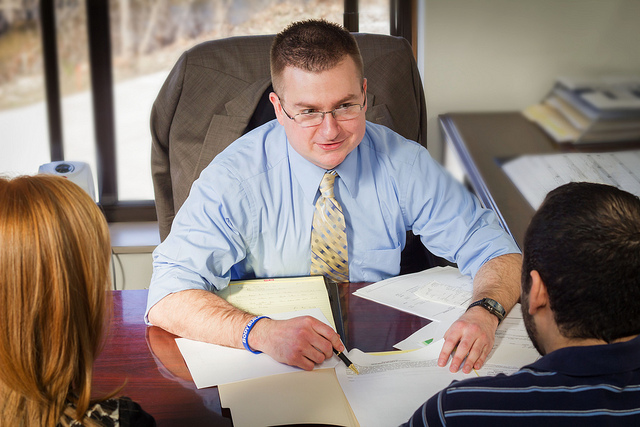 How to hire a lawyer

When starting a new business it is a good move to look for and hire a lawyer. Not only are there tax concerns and legal paperwork to deal with, but having the advice of counsel can come in handy with many businesses. A good business attorney will give you guidance about things such as zoning compliance, trademark and copyright rules, lawsuits and liability.

Like doctors, lawyers have also become highly specialized. When looking for the right lawyer for your business, here are some skills to look for:

Now that you know why you should hire a lawyer, where should you start? A great place to begin is the American Bar Association. There are also commercial lawyer referral services that will help you find a lawyer near you.  Hiring a lawyer is crucial to any successful business so don’t wait until its too late to get started. 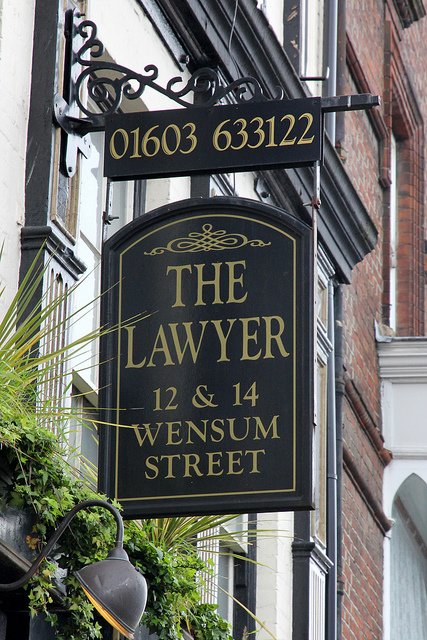 David Sparks is famous for being a successful lawyer and a technology geek. He explains how he mixes both law and technology to make a unique practice. “I use technology to make my practice run faster and more smoothly. Nothing that I do is impossible for another lawyer to do and everything I do can be accomplished using either technology or manpower. Technology doesn’t give me something no one else has — but because of it my practice is much more lean, and, among other things, gives me an edge in terms of pricing.”

To keep his law practice running lean, automation is the answer. When asked why he automated his law firm he replied, “First, there’s efficiency—it’s much faster. When you have the computer doing something for you, you no longer have to type out words or take time to manually file documents on your computer. Second, it’s more accurate. The computer is doing the task, so for example, as long as you set up the rules correctly, the computer is always going to name files properly.”

Here are some of the tools that he uses to automate his workflow:

Hazel is software for mac that is designed to clean and organize files in the background while you work.

“I automate my firm’s documents using Hazel. So when I scan a document into my computer, the document is automatically saved in OCT format and then Hazel reads it and can identify clients, dates, etc., and will name the file and file it away for me in my system,” he says.

TextExpander allows you to create custom abbreviations that, once typed, will expand to full words or images.

“With TextExpander, when I’m drafting discovery documents — for example the list of 5 contention questions we use in California — I have created text expanders so I can type in the bits that are different in each case and TextExpander automatically creates and generates the questions for me. I was going to hire a paralegal to do this for me, but realized it’d be more efficient and more cost effective for the client to accomplish this task using automation.”

Sparks ends with some advice about bringing more technology into your practice. “My standard advice to lawyers is don’t be afraid of technology. It can make you a better lawyer and can save you a lot of money.” 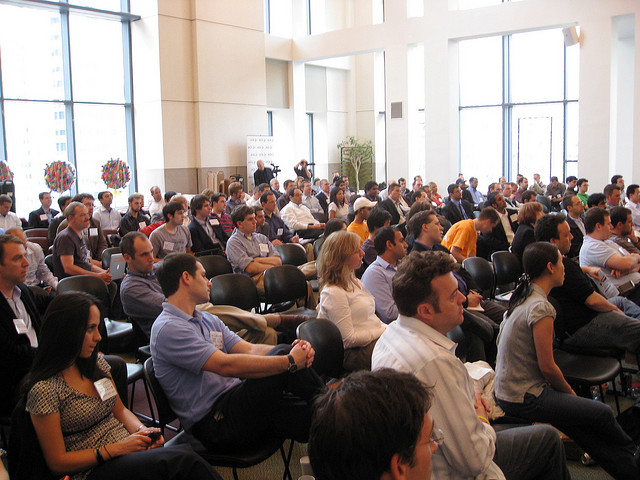 Legaltech is the most important legal tech trade show of the year.  It is the number 1 resource for law firms and professionals to get the latest information for law practice management. The next show is scheduled for February 2-4 2016 in New York City. If you plan on attending, this post is meant to give you a few tips to get the most out of the conference. These are tips coming from Legal tech marketers on having a great experience at Legaltech this year.

Get in touch with your contacts before you get to the conference. Make appointments now so that you will have an agenda of people to meet with when you arrive.

Social media can be a powerful way to make connections with those that you know and those that you don’t yet know. When it comes to big events like this, it is inevitable that those within your industry will be abuzz with information leading up to the show. Use this as an opportunity to bring attention to your legal business and yourself.

These are free events so there is nothing to lose. It will also give you the chance to be exposed to thought leaders in the industry as well as learn about what is coming next. You will get access to dynamic editorial and leadership teams, as well as entrepreneurs working in your industry.

4. Write about your experience

You can write anything from a blog post on your company site to a series of tweets. What is important is sharing your experience. This will not only give you the chance to attract an audience of curious colleagues, but this will also give you another chance to bring attention to your own practice or firm. 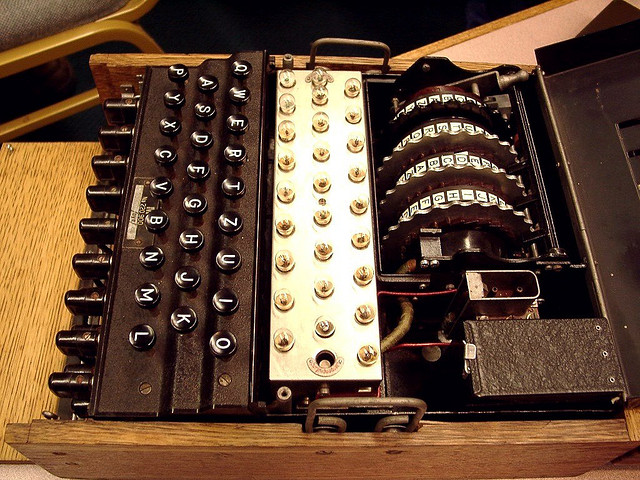 How social media can help your legal business

Recently President Obama got a Facebook page. The reason he stated was to make it easier for the public to have access to the president. He also wanted to have more conversations with real people. Using social media to make connections and grow relationships is a  great way to harness the power of a social media presence. For a lawyer, social media can be a way to be more visible and to reach more clients.

The goal of social media is to get noticed. In the social media world, it means being at the forefront of people’s mind. You can achieve that by making posts that stand out in people’s feeds. The trick is to say things that are interesting to  your followers so that they repost your content. In this post, we will look at ways that social media can help your business.

Social media is fast and delivers news and updates at a record pace. It is also a great way to build your brand and make your clients aware that your firm exists. Don’t over look using social media as a means of improving your relationships with current and future clients.