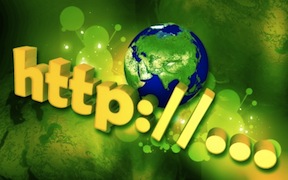 URL shortening in legal briefs, and now legal opinions (Volokh Conspiracy, 2 Dec 2013) – Most readers will be familiar with URL shortening services — redirection services that give users a short web address that points to a longer one. I’ve come across URL shortening in legal briefs more and more, and I have used such links in briefs myself. The shortening avoids an unsightly excessively-long URL when you are linking to content on the web, and it’s also easier for the reader who might hand-type the URL into a browser. In the opening brief in United States v. Auernheimer, for example, I linked tohttp://goo.gl/dVQ4k instead of to the ugly https://chrome.google.com/webstore/detail/scraper/mbigbapnjcgaffohmbkdlecaccepngjd?hl=en. In the last two years, federal court decisions have started to use URL shortening links, too. Judge Kozinski uses them extensively in today’s dissent in Minority Television Project v. FCC, a case on the First Amendment implications on banning certain kinds of ads on public TV. A quick Westlaw search finds 9 judicial opinions before today’s decision that use Google’s URL shortener, goo.gl. Several of them use the service for maps. It’s an interesting development, and I suspect it’s one that we will see more of rather than less of in the future.