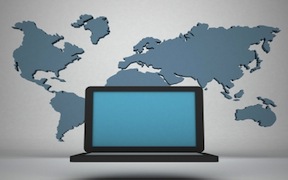 Court upholds willy-nilly gadget searches along US border (Wired, 31 Dec 2013) – A federal judge today upheld a President Barack Obama administration policy allowing U.S. officials along the U.S. border to seize and search laptops, smartphones and other electronic devices for any reason. The decision (.pdf) by U.S. District Judge Edward Korman in New York comes as laptops, and now smartphones, have become virtual extensions of ourselves, housing everything from email to instant-message chats to our papers and effects. The American Civil Liberties Union brought the challenge nearly three years ago, claiming U.S. border officials should have reasonable suspicion to search gadgets along the border because of the data they store. But Judge Korman said the so-called “border exemption,” in which people can be searched for no reason at all along the border, continues to apply in the digital age. Alarmingly, the government contends the Fourth-Amendment-Free Zone stretches 100 miles inland from the nation’s actual border . The judge said it “would be foolish, if not irresponsible” to store sensitive information on electronic devices while traveling internationally. [ Polley : ABA members might read my article on international travel with e-devices here .]