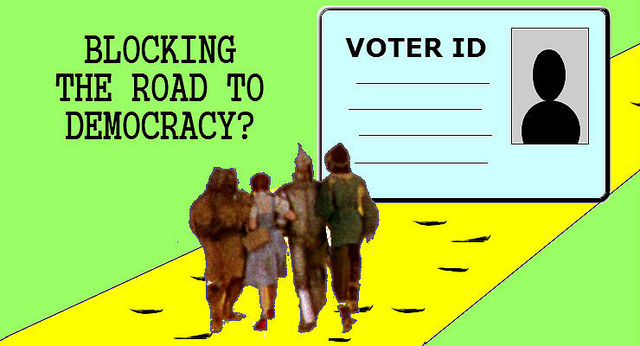 Voter ID requirements are having an effect on suppressing voters, especially those of color, a recent research paper claims.

UCSD’s political science department has conducted research on the recent voter ID law changes, and have found that they are changing the makeup of voters. In the past few years there has been a wave to restrict voting to those that cannot show a proper ID. The motivation has come from the sentiment that if you need an ID to board a plan, then you should need one to vote. There is growing concern that allowing citizens to vote without showing proper ID could open up the process to fraud, via people using the names of the recently deceased to cast illegitimate votes. Other reasoning behind the updates to the law have stated that requiring an ID is a minor barrier to voting and should not have an effect on the process. This has been backed up by past research that showed that there was no difference between the voters who had to show an ID and those that were not required to in order to vote.

The problem is that these laws seem to be fixing a problem that doesn’t exist. It has been reported that most instances of voter fraud tend to be baseless. In contrast, the creation of an ID requirement has been found to be a barrier for voters.  It is estimated that 10% of Americans do not have the proper ID in order to cast a vote. As a result, the voting population gets skewed to being more white and more conservative. Some Republicans have admitted that defense of the new voter ID laws are aimed at the democratic voters.

The researchers found that these claims were turning out to be true. “We find that strict voter identification laws do, in fact, substantially alter the makeup of who votes and ultimately do skew democracy in favor of whites and those on the political right.” They even draw a broader point from this finding: “These laws significantly impact the representativeness of the vote and the fairness of democracy.”

Voting is not a privilege, it is a fundamental right of our democracy. Before 2006, not one state required that a person have a photo ID in order to cast a vote. Although past research may not have indicated that Voter ID laws would become a barrier to a civil right, this research generally pre-dates the especially strict voter ID laws that are on the books in many states today. Although the most recent study is still under peer review, it results are enough to cause alarm about the state of our voting rights in America.