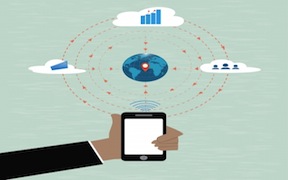 New industry contracts say “no data in the USA,” report says (GigaOM, 27 Dec 2013) – Is this the backlash? A handful of companies are requiring cloud service providers to promise – in writing – that they won’t store any client data in the United States, according to Bloomberg . The report says that a British grocery chain and a Canadian pharma company have responded to the ongoing US surveillance scandal by adding language to existing contracts that mandate suppliers to segment their data and keep it out of America. The report of the revised contracts comes as the cloud computing industry continues to digest news that America’s National Security Agency is tapping underwater cables and infiltrating the servers of storage providers as part of a sweeping counter-terrorism program. In August, shortly after news of the surveillance was leaked by Edward Snowden, a Forrester analyst reported that it could cost the U.S. cloud computing industry up to $180 billion as a result of foreign firms bolting American providers. The $180 billion figure (which appears plucked from the air) was cited as a worst case scenario and so far there has been no systemic exodus from American cloud companies. But the fear and anger in Europe and elsewhere over America’s surveillance activities are very real; a recent PWC report said that 15 percent of German companies are looking for cloud providers that promise not to cooperate with U.S. or U.K. intelligence services. So does the Bloomberg report portend the start of a trend? It’s too soon to say. The report, which also claimed a Canadian agency had asked for the “no data in USA” clause, was based on a single source (an Indiana security firm known as Rook Consulting ) and did not name any of the companies involved.