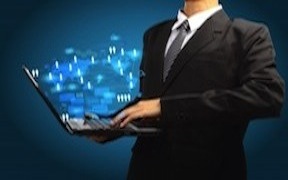 Fear of juror Googling didn’t justify order to remove pages from lawyer website, appeals court says (ABA Journal, 4 Nov 2013) – A judge violated a lawyer’s First Amendment rights when he ordered the lawyer to take down references to asbestos wins on her website during a 2011 trial on similar issues, a California appeals court has ruled. The Second District Court of Appeal ruled on behalf of lawyer Simona Farrise last week, the Recorder reports. The order was a prior restraint on speech that violated the U.S. and California constitutions, according to the decision (PDF) by the California Second District Court of Appeal. The trial judge, Thomas Anderle of Santa Barbara County, had ordered Farrise to remove two pages from her website touting victories in asbestos cases against Ford Motor Co., one of the automaker defendants in the suit being tried before Anderle. The plaintiffs, Richard and Christie Steiner, had claimed asbestos exposure from Richard’s Steiner’s work on automobiles contributed to his lung cancer. One Web page subject to the order touted a $1.6 million verdict against Ford and others. The write-up asserted that “at least one jury managed to successfully navigate defendants’ courtroom confusion and find these companies at fault.” The other Web page, also ordered removed, described a $4.35 million verdict against Ford. Volkswagen Group of America had sought removal of the Web pages, citing the possibility that a juror would find it, and Ford Motor Co. joined in the motion. Anderle granted the request, though he also told jurors they could not Google the lawyers and could not conduct independent research. Jury instructions, coupled with the possibility of contempt for those who disobey, is the proper way to handle the issue, the appeals court said.