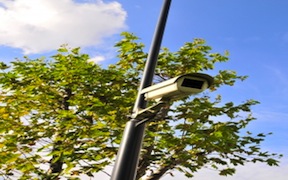 Meet Executive Order 12333: the Reagan rule that lets the NSA spy on Americans (Washington Post, 18 July 2014) – Even after all the reforms President Obama has announced, some intelligence practices remain so secret, even from members of Congress, that there is no opportunity for our democracy to change them. Public debate about the bulk collection of U.S. citizens’ data by the NSA has focused largely on Section 215 of the Patriot Act, through which the government obtains court orders to compel American telecommunications companies to turn over phone data. But Section 215 is a small part of the picture and does not include the universe of collection and storage of communications by U.S. persons authorized under Executive Order 12333. From 2011 until April of this year, I worked on global Internet freedom policy as a civil servant at the State Department. In that capacity, I was cleared to receive top-secret and “sensitive compartmented” information. Based in part on classified facts that I am prohibited by law from publishing, I believe that Americans should be even more concerned about the collection and storage of their communications under Executive Order 12333 than under Section 215. Bulk data collection that occurs inside the United States contains built-in protections for U.S. persons, defined as U.S. citizens, permanent residents and companies. Such collection must be authorized by statute and is subject to oversight from Congress and the Foreign Intelligence Surveillance Court. The statutes set a high bar for collecting the content of communications by U.S. persons. For example, Section 215 permits the bulk collection only of U.S. telephone metadata – lists of incoming and outgoing phone numbers – but not audio of the calls. Executive Order 12333 contains no such protections for U.S. persons if the collection occurs outside U.S. borders. Issued by President Ronald Reagan in 1981 to authorize foreign intelligence investigations, 12333 is not a statute and has never been subject to meaningful oversight from Congress or any court. Sen. Dianne Feinstein (D-Calif.), chairman of the Senate Select Committee on Intelligence, has said that the committee has not been able to “sufficiently” oversee activities conducted under 12333. Unlike Section 215, the executive order authorizes collection of the content of communications, not just metadata, even for U.S. persons. Such persons cannot be individually targeted under 12333 without a court order. However, if the contents of a U.S. person’s communications are “incidentally” collected (an NSA term of art ) in the course of a lawful overseas foreign intelligence investigation, then Section 2.3(c) of the executive order explicitly authorizes their retention. It does not require that the affected U.S. persons be suspected of wrongdoing and places no limits on the volume of communications by U.S. persons that may be collected and retained.