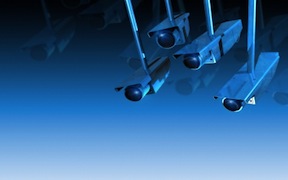 Revelations of NSA spying cost US tech companies (NYT, 21 March 2014) – Microsoft has lost customers, including the government of Brazil. IBM is spending more than a billion dollars to build data centers overseas to reassure foreign customers that their information is safe from prying eyes in the United States government. And tech companies abroad, from Europe to South America, say they are gaining customers that are shunning United States providers, suspicious because of the revelations by Edward J. Snowden that tied these providers to the National Security Agency ‘s vast surveillance program. Even as Washington grapples with the diplomatic and political fallout of Mr. Snowden’s leaks, the more urgent issue, companies and analysts say, is economic. Tech executives, including Eric E. Schmidt of Google and Mark Zuckerberg of Facebook, are expected to raise the issue when they return to the White House on Friday for a meeting with President Obama. It is impossible to see now the full economic ramifications of the spying revelations – in part because most companies are locked in multiyear contracts – but the pieces are beginning to add up as businesses question the trustworthiness of American technology products. Despite the tech companies’ assertions that they provide information on their customers only when required under law – and not knowingly through a back door – the perception that they enabled the spying program has lingered. “It’s clear to every single tech company that this is affecting their bottom line,” said Daniel Castro, a senior analyst at the Information Technology and Innovation Foundation, who predicted that the United States cloud computing industry could lose $35 billion by 2016 . Forrester Research, a technology research firm, said the losses could be as high as $180 billion , or 25 percent of industry revenue, based on the size of the cloud computing, web hosting and outsourcing markets and the worst-case scenario for damages.