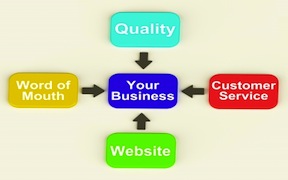 Why more start-ups are sharing ideas without legal protection (NYT, 2 July 2014) – In 2011, Andy Moeck was looking for investors for Moeo, a Los Angeles start-up he was building that makes mobile gaming apps based on real-time sporting events. A friend introduced Mr. Moeck to a partner at the Silicon Valley venture capital firm Kleiner Perkins Caufield Byers, and at their first meeting, Mr. Moeck asked the partner to sign a nondisclosure agreement. Such agreements, known as N.D.A.s, are intended to prevent an idea or technology from being stolen and copied. Mr. Moeck was especially concerned because the venture capital firm was already backing Zynga, another gaming company. “We knew they didn’t have a mobile or sports strategy,” he said of Zynga. “I didn’t want to pitch Kleiner about what we were doing and have them go back and say to Zynga, ‘This is how Moeo does it.’” But the Kleiner Perkins investor refused to sign an N.D.A., leaving Mr. Moeck to decide whether to proceed with his pitch. It is a common quandary, and not just in Silicon Valley. Ten years ago, it was not unusual for entrepreneurs to request and potential investors to sign nondisclosure agreements. But today the agreements are largely considered a thing of the past. In fact, some investors say they walk away from a founder who even suggests signing one. This cultural shift, which began in the late 1990s and accelerated during the early 2000s, began in Silicon Valley, said Victor W. Hwang, chief executive of T2 Venture Creation, an investment firm in Portola Valley, Calif. “One of the most advantageous things an entrepreneur can do is talk about their company to anyone who will listen,” Mr. Hwang said. * * * Below are some guidelines to consider. They apply when engaging not just investors, but also manufacturers, partners and even customers. * * *