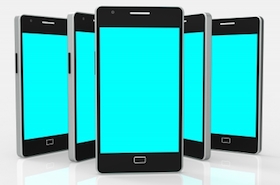 Encrypt your phone calls with Signal for iPhone and RedPhone for Android (Lawyerist, 30 July 2014) – Security is getting simpler and easier, thanks to companies like Open Whisper Systems , which now has encrypted calling apps for both iPhone and Android. RedPhone for Android has been out for a while, and Signal is a brand-new encrypted calling app and service for iPhone . Both are free to download and use. Both apps are also open-source (you can find the code on Github ) so that anyone can audit the code to ensure it does what it is supposed to do. What they do is encrypt phone calls between Signal or RedPhone users. If someone were to gain access to your phone meta data, for example, all they would be able to see is that you called Whisper System’s servers, which do not keep any logs. The call itself is encrypted and decrypted locally on your phone, which makes it extremely difficult for anyone to figure out how to listen in. Signal is a good-looking app that blends in well with iOS 7. (RedPhone just uses the default Android system dialer, so it does not change the look and feel of calls other than to add a RedPhone Call label to secure calls.) Signing up is as simple as providing your phone number, then confirming it with a code sent by text message. It’s a convenient signup method that does away with usernames and passwords. After that, Signal works a lot like the regular iPhone phone app. You just have to launch Signal, instead, in order to make secure calls. The only real downside to Signal and RedPhone is that your friends need to have the app in order for you to call them securely. If you try to call someone who is not already registered with Signal, it will offer to invite them to Signal via text message. RedPhone works a bit differently, since it integrates with the Android dialer. RedPhone will let you call anyone, and it uses encryption whenever the person you call has RedPhone installed.

[ Polley : I’ve installed Signal, and see that a few of my friends & colleagues already have it on their iPhones. Give it a try; give me a call.]