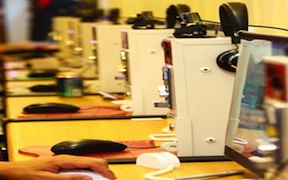 When MOOC profs move (InsideHigherEd, 18 March 2014) – When faculty members move from one institution to the next, so do their courses, but after having spent hundreds of thousands of dollars to prepare those courses to a massive audience, are universities entitled to a share of the rights? The question has so far gone unanswered (though not undiscussed) even at some of the earliest entrants into the massive open online course market, including Harvard University and the Massachusetts Institute of Technology. Since MOOC providers have gotten out of the intellectual property rights debate by saying they will honor whatever policy their institutional partners have in place, it falls on the universities to settle the matter. Almost two years after Harvard and MIT jointly launched the MOOC provider edX, Sanjay E. Sarma, director of digital learning at MIT, said his institution has “figured it out.” “Faculty have always had certain expectations and rights, and we want to respect them,” Sarma said. “In other words, we don’t want any new policy to change any rights they have right now.” Instead, Sarma said, MIT will introduce an interpretation of its intellectual property policy—which appears to support both the faculty members’ and the institution’s position—in the coming months.