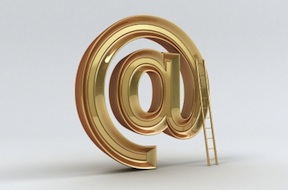 Prosecutors are reading emails from inmates to lawyers (NYT, 22 July 2014) – The extortion case against Thomas DiFiore, a reputed boss in the Bonanno crime family, encompassed thousands of pages of evidence, including surveillance photographs, cellphone and property records, and hundreds of hours of audio recordings. But even as Mr. DiFiore sat in a jail cell, sending nearly daily emails to his lawyers on his case and his deteriorating health, federal prosecutors in Brooklyn sought to add another layer of evidence: those very emails. The prosecutors informed Mr. DiFiore last month that they would be reading the emails sent to his lawyers from jail, potentially using his own words against him. Jailhouse conversations have been many a defendant’s downfall through incriminating words spoken to inmates or visitors, or in phone calls to friends or relatives. Inmates’ calls to or from lawyers, however, are generally exempt from such monitoring. But across the country, federal prosecutors have begun reading prisoners’ emails to lawyers – a practice wholly embraced in Brooklyn, where prosecutors have said they intend to read such emails in almost every case. The issue has spurred court battles over whether inmates have a right to confidential email communications with their lawyers – a question on which federal judges have been divided.

[ Polley : This is only mildly nefarious – the jail/prison email systems carry ToS that abrogate confidentiality. Still. And, there have been cases involving private employers who’ve been prohibited from accessing/using emails between an employee and the employee’s counsel, generally on the basis of superseding policy protecting attorney-client privilege.]