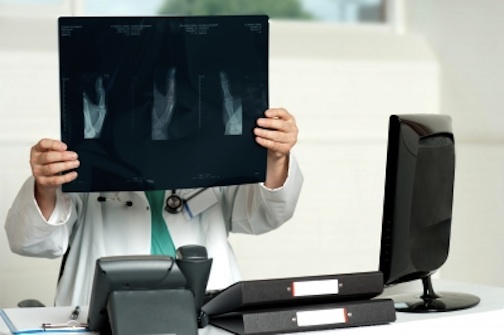 FDA will regulate some mobile medical apps as devices (NextGov, 24 Sept 2013) – The Food and Drug Administration plans to apply the same strict regulations to mobile apps as it does to medical devices, such as blood pressure monitors, if those apps perform the same functions as stand-alone or computer based devices. The FDA has developed a “tailored” approach to regulation of mobile apps that would allow use of some apps without oversight, according to Dr. Jeffrey Shuren, director of the FDA’s Center for Devices and Radiological Health. “Some mobile apps carry minimal risks to consumers or patients, but others can carry significant risks if they do not operate correctly,” he said. The FDA said that “if a mobile app is intended for use in performing a medical device function (i.e. for diagnosis of disease or other conditions, or the cure, mitigation, treatment, or prevention of disease), it is a medical device, regardless of the platform on which it is run,” in a guidance document for industry and its staff released Monday. A mobile app that doctors or patients use to log and track trends with their blood pressure would not be regulated as a device. Mobile medical apps that recommend calorie or carbohydrate intakes to people who track what they eat also are also not within the current focus of FDA’s regulatory oversight.