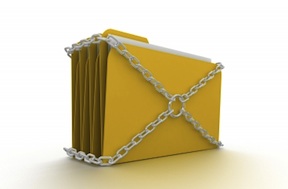 Net neutrality a key battleground in growing fight over encryption (InfoWorld, 21 July 2014) – Plans to favor some Internet packets over others threaten consumers’ hard-won right to use encryption, a digital privacy advocate says. Activists and tech companies fended off efforts in the U.S. in the 1990s to ban Internet encryption or give the government ways around it, but an even bigger battle over cryptography is brewing now, according to Sascha Meinrath, director of X-Lab, a digital civil-rights think tank launched earlier this year. One of the most contested issues in that battle will be Net neutrality, Meinrath said. The new fight will be even more fierce than the last one, because Internet service providers now see dollars and cents in the details of packets traversing their networks. They want to charge content providers for priority delivery of their packets across the network, something that a controversial Federal Communications Commission proposal could allow under certain conditions. Encrypted traffic can’t be given special treatment because it can’t be identified, Meinrath said. That could eliminate a major revenue source for ISPs, giving them a strong reason to oppose the use of encrypted services and potentially an indirect way to degrade their performance, he said. Meinrath laid out parts of this argument in a recent essay in the June issue of Critical Studies in Media Communication , called “Crypto War II” and written with tech policy activist Sean Vitka.

[ Polley : Others have reported seeing their Netflix speeds INCREASE when using VPN connections (which block your home ISP from seeing what kind of traffic you’re running). Me, too. Interesting.]