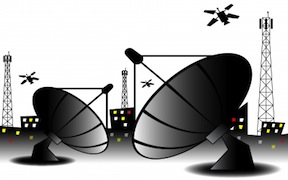 Cities reluctant to reveal whether they’re using fake cell tower devices (ArsTechnica, 25 March 2014) – For some time now, the American Civil Liberties Union (ACLU) has been on a quest to better understand the use and legality of “stingrays.” These devices, which are also known as international mobile subscriber identity (IMSI) catchers, or fake cell towers, can be used to track phones or, in some cases, intercept calls and text messages. The “Stingray” itself is a trademarked product manufactured by a Florida-based company, the Harris Corporation. (It has since come to be used as a generic term, like Xerox or Kleenex.) Harris is notoriously secretive about the capabilities of its devices and generally won’t talk to the press about their capabilities or deployments. Earlier in March, the ACLU filed a motion for public access request , requesting documents and information related to stingray use by nearly 30 Florida police and sheriff’s departments. Among the responses published for the first time on Tuesday was the curious reply from the city of Sunrise, Florida, a town of about 88,000 people, just northwest of Miami. Through its lawyers, Sunrise officially denied the request , noting that the city would neither confirm nor deny “whether any records responsive to the Request exist and, if any responsive records do exist, cannot and will not public disclose those records.” (In a footnote, the lawyers also cited this Ars story from September 2013 detailing stingrays and other related surveillance devices.) The ACLU published its response to the city’s denial on Tuesday. As the ACLU points out in a Tuesday blog post , the city of Sunrise has already published an invoice from Harris on its own website dated March 13, 2013, showing that the city paid over $65,000 for a stingray. That document clearly states, in all-caps on each page, that “disclosure of this document and the information it contains are strictly prohibited by Federal Law.”