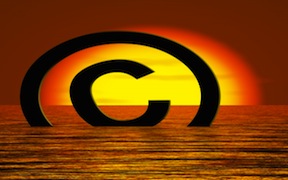 Disney decides to ‘Let It Go’ when it comes to copyright infringement (InsideCounsel, 23 May 2014) – If you have kids – or a pair of ears, I suppose – you have likely heard the infectious song “Let It Go” from the mega-hit movie “Frozen.” The animated movie, based on the Hans Christian Andersen tale “The Snow Queen,” has won Academy Awards, raked in hundreds of billions of dollars worldwide, and sent toes-a-tappin’ with an Oscar-winning song. These days, though, whenever something in popular culture is well known, it becomes fuel for the content creation fire. People from all over the world have taken copyrighted content from “Frozen,” like the hit song, and posted images and videos that infringe on Disney’s intellectual property. On YouTube, one can find versions of “Let It Go” that are sing-alongs, mashups, covers and parodies. Some of these videos have racked up millions of pageviews. So, why isn’t the Mouse House apoplectic over the clear infringement of its intellectual property ? There was a time when Disney’s leadership viewed YouTube as an opportunity for fans to engage in mass piracy. Disney’s own efforts to establish an online presence have been lukewarm until recently. In March of this year, it purchased Maker Studios, a company that produces YouTube videos, tapping into amateur creators to provide content. This acceptance of the popularity of fan-created content as a way to expand the brand and engage fans does not mean that Disney’s position on copyright infringement has softened completely. The company has fought to extend the copyright of its most iconic creation, Mickey Mouse, lobbying Congress to extend the copyright protection period another 20 years.