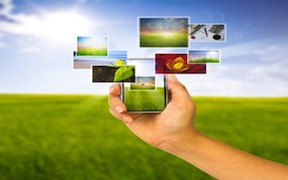 In major privacy ruling, court says police need warrant to track phone users’ location (GigaOM, 11 June 2014) – In a victory for privacy advocates, a federal appeals court in Florida ruled that law enforcement agents cannot force mobile carriers to turn over the location history of their customers without a search warrant. The case involved an appeal by Quartavius Davis, who was convicted by a jury for his role in a violent armed robbery spree targeting restaurants and gas stations. The evidence included location data gleaned from cellphone towers that showed Davis had been in proximity of the various businesses. In finding that the police should had obtained a warrant to obtain the location data, the 11th Circuit Court of Appeals unanimously ruled that the government violated Davis’ Fourth Amendment right against unreasonable search and seizure. The case is groundbreaking because higher courts have yet to rule definitively on whether people have a privacy right in the location disclosed by their cell phones. Citing a recent Supreme Court case that suggested police in some cases need a warrant to track a suspect’s automobile, the appeals court noted that a cell phone carries deeper privacy implications. The court also drew a firm line between what police must do to obtain call records from a phone company, which can share records without a warrant under the so-called “third-party doctrine,” versus what is required to obtain a person’s location. Declaring that a person’s location is more analogous to the content of a phone call (for which police do need a warrant), the court stated that people can reasonable expect that their mobile carrier will not hand over a historic record of the places they have been. Finally, the case also highlights the ability of cellphone towers to observe and record a phone user’s location. While the court acknowledged that the tower’s do not disclose a person’s precise location, it ruled that they reveal enough information to trigger the Fourth Amendment’s privacy protection.