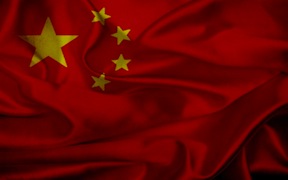 Chinese hackers extending reach to smaller US agencies (NYT, 15 July 2014) – After years of cyberattacks on the networks of high-profile government targets like the Pentagon, Chinese hackers appear to have turned their attention to far more obscure federal agencies. Law enforcement and cybersecurity analysts in March detected intrusions on the computer networks of the Government Printing Office and the Government Accountability Office, senior American officials said this week. The printing office catalogs and publishes information for the White House, Congress and many federal departments and agencies. It also prints passports for the State Department. The accountability office, known as the congressional watchdog, investigates federal spending and the effectiveness of government programs. The attacks occurred around the same time Chinese hackers breached the networks of the Office of Personnel Management , which houses the personal information of all federal employees and more detailed information on tens of thousands of employees who have applied for top-secret security clearances. Some of those networks were so out of date that the hackers seemed confused about how to navigate them, officials said. But the intrusions puzzled American officials because hackers have usually targeted offices that have far more classified information.