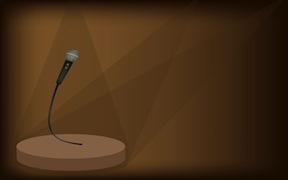 Illinois Supreme Court strikes down broad ban on audiorecording conversations (Eugene Volokh, 20 March 2014) – Under Illinois law, any person who “knowingly and intentionally uses an eavesdropping device for the purpose of hearing or recording all or any part of any conversation” is committing a crime “unless he does so … with the consent of all of the parties to such conversation or electronic communication.” This isn’t limited to conversations that the parties reasonably intend to be private: “conversation” is defined as “any oral communication between 2 or more persons regardless of whether one or more of the parties intended their communication to be of a private nature under circumstances justifying that expectation.” DeForest Clark was indicted for violating this law; here’s how the ACLU of Illinois amicus brief describes the facts: [The] charges arose from a September 17, 2010 child support hearing before Judge Robert Janes in Kane County Circuit Court. Mr. Clark represented himself pro se at the hearing. The hearing was conducted in open court and no court reporter was present. Mr. Clark recorded the hearing in order to preserve a true and accurate record of public proceedings in which he was representing himself without the assistance of counsel and without the benefit of a court reporter. For the same reason, Mr. Clark also allegedly recorded a conversation between himself and opposing counsel, Colleen Thomas, prior to the hearing in a public hallway in the Kane County Judicial Center. Thursday, the Illinois Supreme Court held that the statute violates the First Amendment ( People v. Clark (Ill. Mar. 20, 2014) )