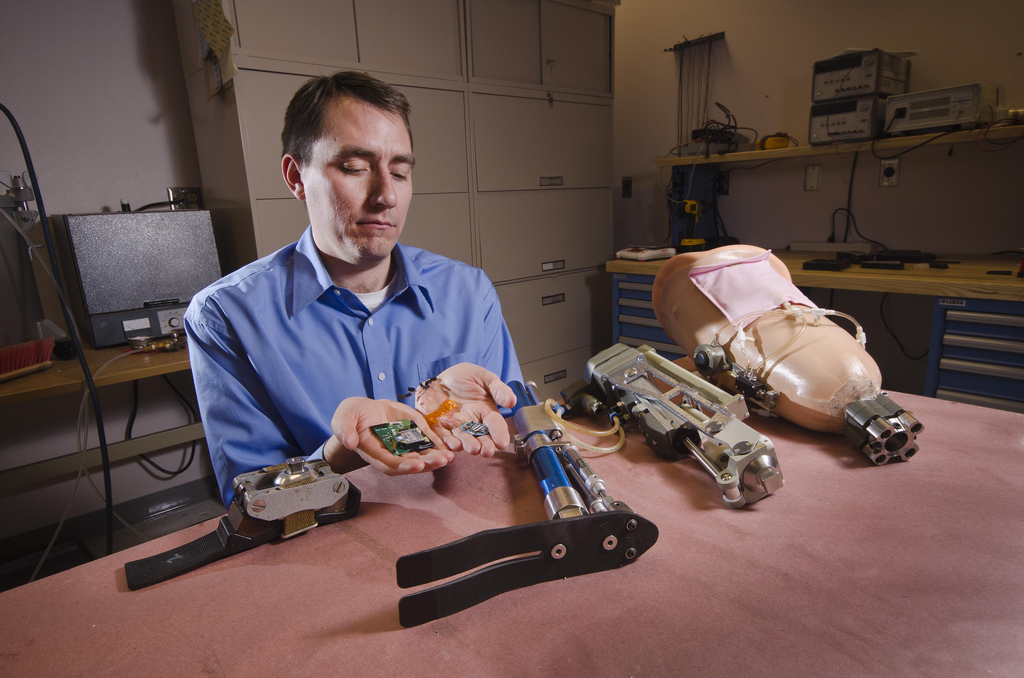 Superhero Cyborgs is a workshop by a Bay area based organization called KIDmob. This workshop is place where kids with or without disabilities design devices that mirror the form of upper limb prosthetics. With wearable devices it’s universally known as a “one-size-fits-all” product. This workshops seek to disprove that.

From January 15-19 KIDmob and Autodesk teamed up for “Superhero Cyborgs 2.0” at Autodesk’s Pier 9 design space. With the help of professional designers and engineers, kids created their own “superpowers” through personalized wearable devices. In addition, they learned about 3D modeling and digital fabrication.

Some of the finished work included:

Kate Ganim, KIDMob co-founder and co-director, told GOOD: “One of the main motivations for the work we do is exposing kids (and adults) to ‘21st-century skills’ in a meaningful way. Design is creative problem solving—it is bringing ideas to reality. Our workshops are very active, with lots of improv, hands-on making, discussion and sharing, and playful discovery.”

Autodesk, the other benefactor of this workshop, is a company that builds computer-aided drafting software. Sarah O’Rourke, Autodesk’s senior product marketing manager for consumer and 3D printing, says that the decision to get involved was a “no-brainer.” Autodesk provided monetary support to the families for travel and housing and made their Pier 9 space available for the workshop. O’Rouke hopes this workshop is just the start of a partnership with KIDMob and wants to incorporate this into the classroom through a project called Project Ignite, Autodesk’s open learning platform.

“If we can inspire any of the participants to start thinking like a designer and empower them to create their own devices, then that is successful,” says O’Rourke.