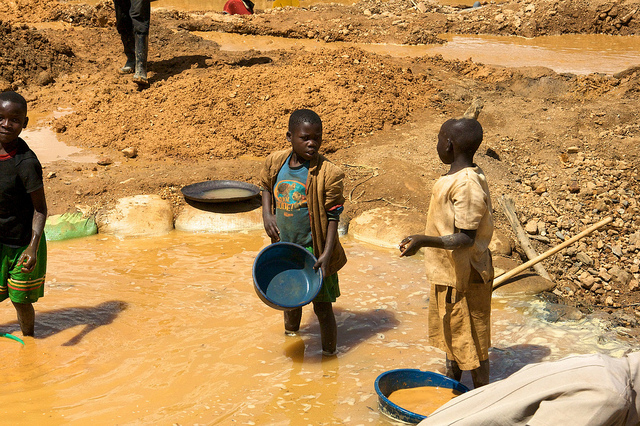 Child laborers are mining cobalt for the devices of major tech companies like Apple, Samsung and Sony, alleges a report issued Tuesday. Amnesty International and African Resources Watch issued a report suspecting that the supply chains of these major electronics companies are using child labor, partly because they have failed to make basic checks to halt these actions.

The report traces the harvesting and sale of cobalt in the poverty-stricken Democratic Republic of Congo — where children as young as seven work the mines. The cobalt is used in lithium-ion batteries that power smartphones and electric cars. The DRC is listed in the U.S. Department of Labor’s Worst Forms of Child Labor report, and goods made under those conditions are listed in the Trafficking Victims Protection Reauthorization Act.

Amnesty International contacted 16 companies listed as customers of the battery manufacturers that reportedly sourced processed ore from the DRC. Half the worlds cobalt comes from this country, specifically.  None of the firms contacted could provide documentation to prove where their cobalt originated. Apple stated in a letter that “…underage labor is never tolerated in our supply chain and we are proud to have led the industry in pioneering new safeguards.” Samsung SDI does not have any transactions with Huayou Cobalt, the company said in a statement.

“Amnesty would like to see the home state countries — U.S., China, Japan, etc. — conduct human rights due diligence on their cobalt supplies,” reported author Mark Dummett. “An effective lasting solution to a complex problem such as this is going to require a collaborative approach with government, civil society, subject matter experts and multiple industries,” said Deborah Albers, vice president of social and environmental sustainability at the Electronic Industry Citizenship Coalition, said.