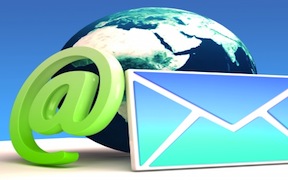 What legal protections apply to e-mail stored outside the US? (Orin Kerr on Volokh Conspiracy, 7 July 2014) – A federal magistrate judge in New York recently handed down an opinion on an important and novel question: If the government serves a warrant for a customer’s e-mails on a U.S.-based Internet provider, but the e-mails happen to be located on a server outside the U.S., does the provider have to comply with the warrant? The magistrate judge held that the answer is “yes.” The provider, Microsoft, recently filed objections to the magistrate’s decision in the District Court. A slew of major Internet providers filed amicus briefs in support of Microsoft: Apple/Cisco’s is here , AT&T’s is here , and Verizon’s is here . EFF filed a brief in support of Microsoft, too. The case is now pending before Chief Judge Loretta Preska of the Southern District of New York. In this post, I wanted to run through the complicated legal issues raised by the challenges. As I emphasized in a recent article, the Stored Communications Act just wasn’t drafted with the problem of territoriality in mind. It assumed a U.S. Internet with U.S. servers and U.S. users. However the Microsoft challenges goes, Congress needs to amend the statute to deal expressly with the complex problems raised by the global Internet. In this post, though, I’ll take the current statute as a given, and I’ll run through the constitutional and statutory issues raised by access to e-mail located abroad under current law. My bottom line: I don’t think Microsoft can challenge the warrant on Fourth Amendment grounds, and I think it’s a close call on whether the warrant is valid on statutory grounds. If Microsoft wins, though, I think the DOJ may be able to get foreign e-mails with a U.S. subpoena, which wouldn’t be much of a victory for privacy or sovereignty.